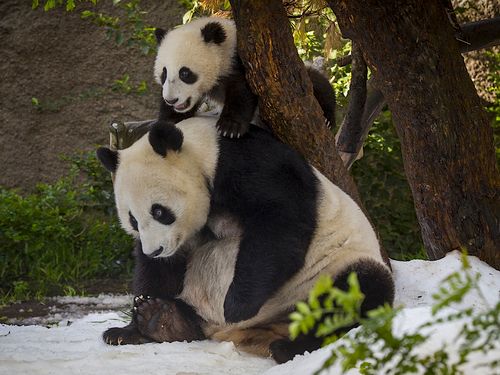 Housing more than 3,700 animals of more than 650 species and subspecies, the San Diego Zoo in Balboa Park, San Diego, California, was the first to produce the concept of open-air, cage-less displays. It is one of the few zoos worldwide that houses and effectively breeds the giant panda. Additionally, a new Koalafornia Adventure exhibit, providing an new Australian animal experience, was added in 2013. And with more than 700,000 exotic plants, the 100-acre Zoo also has a abundant botanical collection. The zoo is located Balboa Park in San Diego.

Visitors can take the guided tour bus that travels most of the park. Offering an aerial view is an elevated gondola lift called the Skyfari. Get a glimpse of many different animals that can be found in the wild, together with native plant life. There are exhibits such as an African rain forest with gorillas, and the Arctic taiga and tundra with polar bears. The zoo also has some of the largest free-flight aviaries anywhere.

TheSan Diego Zoo Safari Park is managed by the San Diego Zoo. Here, animals are displayed in a more intensive environment. This is home to more than 3,000 animals representing more than 300 species. The park’s prominent botanical collection contains 3,500 species and 1.75 million specimens. Animals are often interchanged between Safari Park and the Zoo, as well as between Zoo and other zoos worldwide.

In addition to a comprehensive collection of reptiles, birds, and mammals, the zoo also keeps an arboretum with a rare plant collection. The selection includes more than 700,000 unique plants.

The San Diego Zoo is one of few zoos in the country that features giant pandas in for the public to see. The only albino koala in the world was at the San Diego Zoo. The Zoo has the largest number of koalas outside of Australia.

In 2014, a colony of African penguins arrived for the first time to the zoo. They will be moved into Africa Rocks when it opens sometime in 2017.

The San Diego Zoo Global, the Zoo’s parent organization, is one of the largest zoological associations in the world.

The San Diego Zoo is 122 miles to Los Angeles Convention Center and 117 miles to Port of Los Angeles.